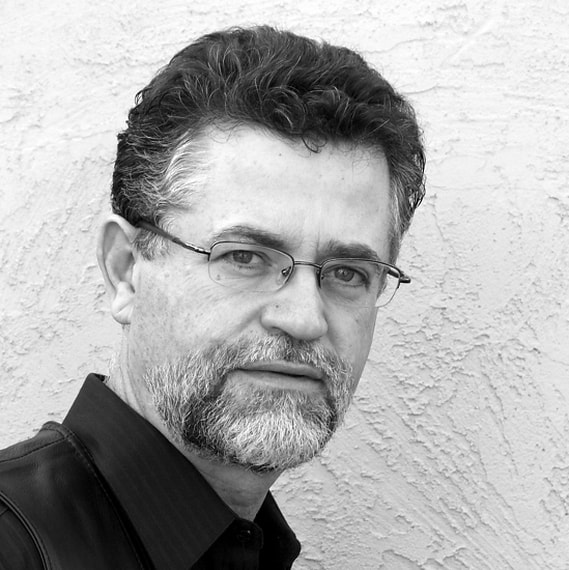 Daniel is currently working on a new series of landscapes featuring mystical marshes and scenes with low light conditions. He’s drawn to late evening views when the light has almost left the landscape. His work has taken on a spiritual quality that seems to transcend the sense of capturing a particular location. Daniel starts with a few reference photos and begins his work by producing several drawings in charcoal on paper which are largely invented depictions. Then when one of these ideas shows some of the emotion he’s looking for in the work he begins the painting using these sketches as his major inspiration. The photo references become merely a source for additional anatomical detail.

Landscape painter, Daniel Mundy, was born in Seattle, Washington in 1955. From an early age he was interested in natural history and exploring the outdoors. Daniel started painting in oil at the age of fourteen. His early mentor, Nevin Kempthorne, saw promise in her young student and her encouragement has been a major inspiration to him during his lifetime. He still refers to her teaching methods and principles often in his classes.

In addition to painting most of his life, Daniel worked in clay for 15 years as a potter. He taught the ceramics program at Pacific Union College for two years in the early 80’s. He worked in computers in the bay area for several years where he was employed finally as a Technical Illustrator and Technical Publications Specialist. He moved to Sacramento in 1990 where he established a dental laboratory, working that business for 8 years. After retiring from the dental lab business, he set up a pottery studio and produced Raku and Low Fire Salt pieces, marketing them at various street markets and festivals in the area. Daniel also worked as a muralist for Nugget Market for two years. His murals can be seen inside the Nugget Market Stores on Jefferson in West Sacramento and the Florin road store in the Pocket area. In the background through all of this, he kept thinking about and developing his number one passion ‘painting’, with the hopes of moving ever closer towards a career as a fine artist.

​Daniel has shown regionally in Northern California since 1991 and began devoting himself to his art full time in 2001. Since then he has participated in many group and solo shows in regional  and national galleries. Daniel has been teaching workshops and private painting classes for many years and is currently teaching a Master Class Series at his studio.